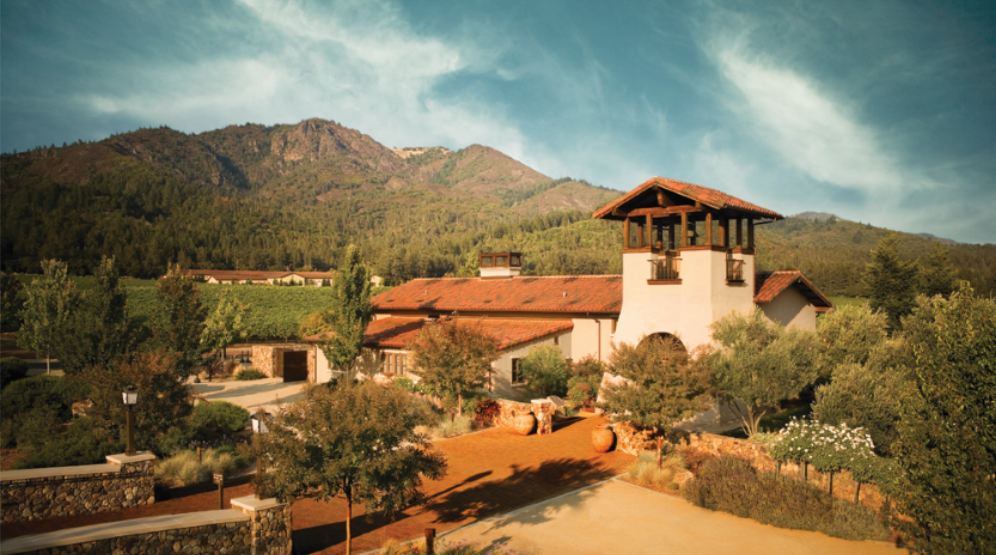 St. Francis Winery & Vineyards, located in the heart of Sonoma County, is a family-owned, certified sustainable winery. Farming over 400 acres of vineyards, St. Francis offers a rich variety of wines, including Merlot, Chardonnay, and Cabernet Sauvignon. In an effort to advance its commitment to environmental conservation, St. Francis Winery partnered with Energy Industries to participate in Pacific Gas & Electric Company’s Retrocommissioning (RCx) Program.

Recommended RCx Measures
In 2013, Energy Industries conducted a comprehensive on-site investigation to identify potential energy saving opportunities for St. Francis Winery & Vineyards. Surveying three buildings, Energy Industries recommended four RCx measures. Air Compressors: The air compressor system at the Winery, consisting of one 100 HP air compressor and one 25 HP compressor, operates year round, costing St. Francis approximately $12,300. By reducing the discharge pressure of both compressors, St. Francis Winery can save over 5,000 kWh a year or about $640 annually. This project can be easily completed by the site staff with proper training and has a payback period of less than one year.

Night Air Cooling:
After analyzing the logged data o f the barrel room cooling system, Energy Industries determined there was an opportunity to save about 50,000 kWh by utilizing the nighttime air. Over the past 12 months, the nighttime air was not used to cool the building and the air system consumed nearly 600,000 kWh of energy. If the system is reprogrammed and monitored, St. Francis Winery can take advantage of the cool Santa Rosa nights and save over $6,000 a year in energy costs.

Air Handling Units:
The eight air handling units (AHU) in the barrel storage area circulate the air to maintain even cooling for the wine. Currently, the thermal mass of the product is sufficient enough for the system to swing during peak times and then cool below the setpoint, allowing for a maximum flywheel affect. However, additional savings are possible. Based on historic climate data for Santa Rosa, the AHUs’ run times can be reduced and still sustain even cooling. Resetting the air handling program to allow the fans to run only during off-peak times will lower energy consumption by at least 25%, saving St. Francis Winery $4,750 annually.

Water Distribution System:
Evaluating the w ater-in and water-out of the facility and the natural gas billing history, Energy Industries discovered 81% of St. Francis Winery’s natural gas cost to heat hot water was unaccounted for. The utility bills showed considerably more hot water and natural gas being used than expected or projected for barreling operations. With a hot water imbalance in excess of 3.1 million gallons, St. Francis Winery is losing a substantial amount of money, and it is imperative that the problem is addressed. Unfortunately, the cause of the imbalance was not immediately known. Energy Industries suggested installing water meters to provide point of system use data. The data will measure the water makeup of each boiler and will help to determine the cause of the imbalance. Once the problem is identified, long term savings and efficiency improvements can be made.

St. Francis Winery & Vineyards has multiple opportunities to improve the efficiency of its facility. If all of the recommendations are undertaken, the annual savings could exceed $10,000 or 110,200 kWh. Even without the financial incentive provided by PG&E, each RCx measure has a simple payback period of less than one year. Working with Energy Industries and through the RCx Program, St. Francis Winery was able to gain insights into increasing the energy efficiency of its facility.

We'd love to talk to you!

Do you have questions or want to have a chat about a request? We would love to help!